In the last two decades the small non-coding RNA field has significantly expanded beyond snRNAs & snoRNAs (1) to include piRNAs (2), siRNAs (3), novel small RNAs derived from known non-coding RNAs including tRNAs (4) and rRNAs (5), and, of course, microRNAs (miRNAs). Each of these types of small RNAs are characterized by a distinctive suite of characteristics and a unique evolutionary history. MiRNAs can be distinguished from other small genomically encoded RNA families by the following criteria (6 & Figure):

There are other features of miRNAs, in particular structural and evolutionary signatures, that allow them to be further distinguished from other small RNAs:

Recognition and utilization of clear and, for the most part mechanistically well understood, criteria will allow the delineation of bona fide miRNAs from the myriad small RNAs generated in eukaryotic cells, allowing for deeper and robust insights into their function, possible mis-regulation, and evolution.

8. Kim YK, Kim B, Kim VN. Re-evaluation of the roles of DROSHA, Export in 5, and DICER in microRNA biogenesis. Proceedings of the National Academy of Sciences of the United States of America 2016;113:E1881-9 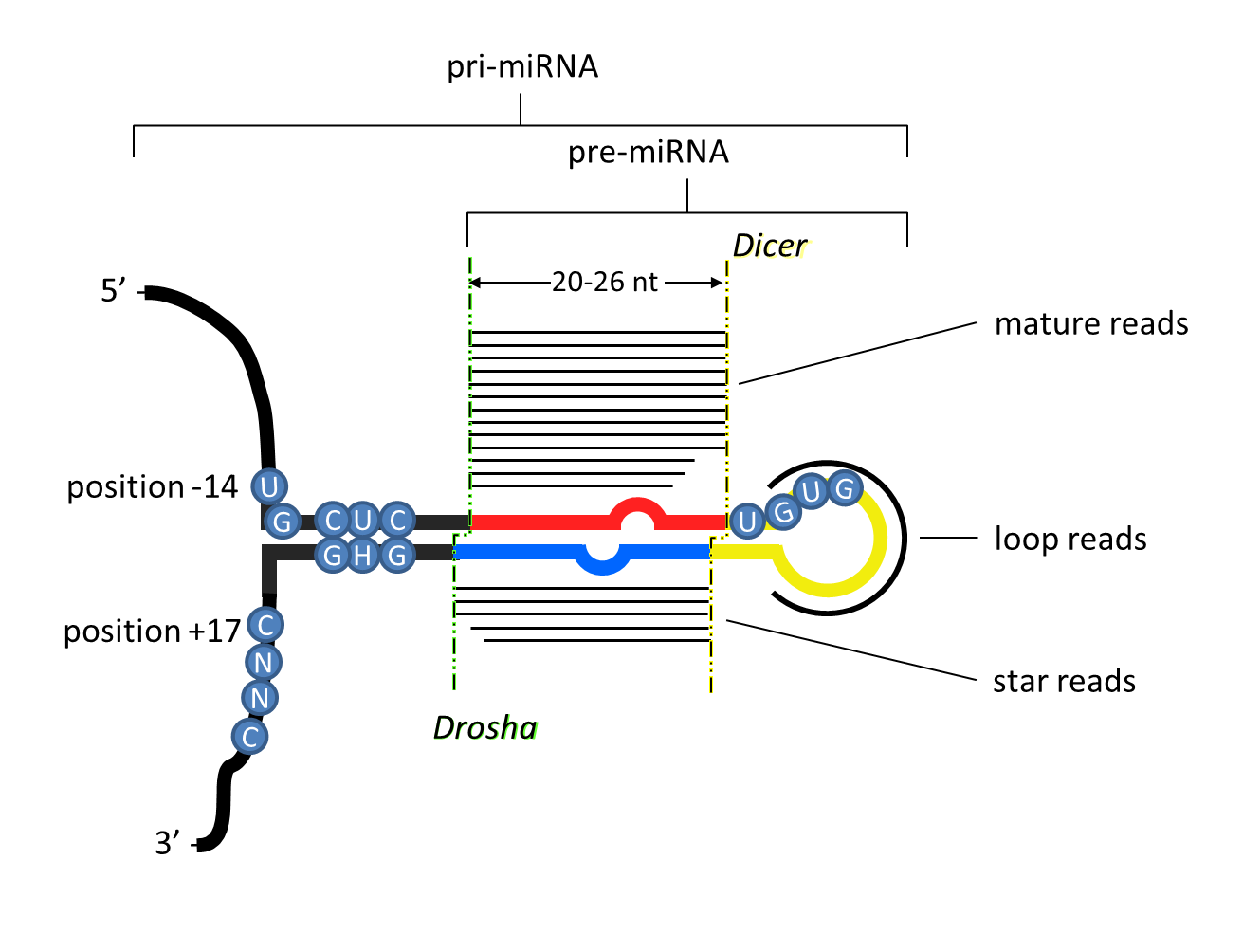